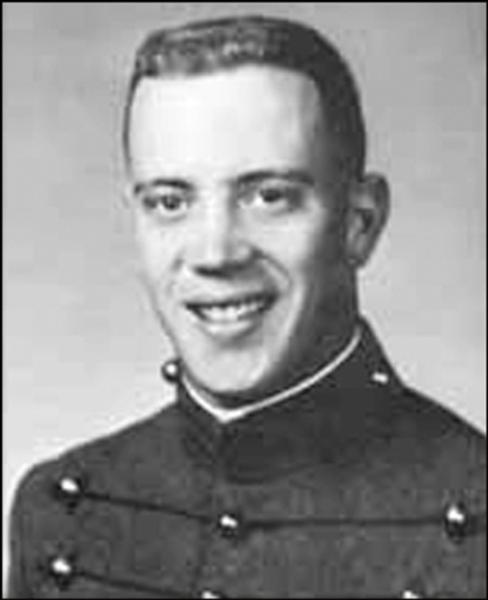 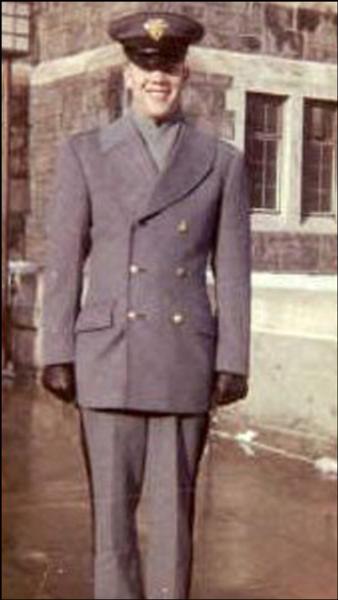 Legacy: Fred G. Bertolino United States Military Academy Class of 1966 Cullum No. 26281 • Jun 19, 1967 • Died in Vietnam Interred in Bushnell, IL Fred Gordon Bertolino was born in the small town of Bushnell, IL, the first son of George and Margaret Bertolino. George started his career as the local high school coach, and Margaret was a devoted full-time mom. Both George and Margaret had deep roots in the community, as elements of Margarets family had been in Illinois since 1796, and George was active in local politics and civic activities. Younger brother Dave remembers Fred as “shy, unassuming, and the kind of guy that adults quickly warmed to and peers looked up to.” Dave remembers that they were as different as night and day but that they were never rivals and were always good friends. “We had kind of a ‘Wally and Beaver’ compatibility,” Dave says. Fred was an excellent student and a good athlete, lettering in baseball and basketball. He was a member of the National Honor Society, senior class president, a member of the men’s chorus, a Boys State appointee, and Junior Rotarian. Fred had a small group of friends, dated a little, and loved cars. Freds interest in West Point was enthusiastically supported by his parents and adult leaders in the community. At Freds high school graduation, the school principal publicly praised Fred as the town’s first Academy appointee—causing great embarrassment for Fred. Bushnell-Prairie City High School prepared Fred well for the challenging academics at West Point, and his easy-going nature was an asset in dealing with the strict discipline and regimen of cadet life. Fred did well at the Academy, graduating near the upper third of the class. Fred, however, made his real mark through the strength of his personality, gaining tremendous respect and love from his classmates. Fred had several especially close friends, but his total circle of friends was very wide, seemingly encompassing all with whom he came into contact. Classmate Doug Thornblom remembers, “Fred was one of the most genuine people I’ve ever known. There was no subterfuge, no pretense, and no artificiality.” So many of Fred’s classmates felt the same. Gerry Smith, one of Fred’s close friends and an Academy roommate, says, “Fred had a genuine interest in people that endeared him to those he met.” Fred always showed a keen interest in others’ activities, asked questions, and listened intently. Fred always found a way to pass along a compliment or positive thought. Some of the fondest memories of many companymates were the impromptu jam sessions that Fred, Gerry, and classmate Ron Bowen held occasionally in the barracks—usually after hours. Gerry was the feature vocalist, Ron provided the instrumental expertise, and Fred acted as the MC and the ‘band leader.’ But Fred was no slouch musically—he was the primary vocal support for Gerry and also was quite good on the guitar. Fred was the inspiration for these miniproductions, and it was usually he who selected and arranged the songs. Although seemingly shy, Fred was a showman, and we all loved him for it. Many of the songs were actually recorded and remain the precious possessions of those lucky enough to have them. As graduation neared, the Viet Nam War was raging. Although many graduates would be sent to VietNam within a matter of months, it was well known that those with academic standing could possibly avoid war by choosing units not destined for Viet Nam. And many did. Fred could have done the same, but instead he went to Ft. Riley to join the 9th Infantry Division, which was soon deploying to Viet Nam. We knew Fred had no ambition for glory. Although he showed respect for the traditions and discipline of West Point and never acted contrary to it, he strongly resisted conformity and valued freedom of action. Fred’s decision was clearly motivated by love of country and a deep sense of responsibility—unselfish motives that set him apart. Although a free spirit in many respects, he took very seriously the obligations of citizenship. This attitude formed early in Fred’s life in Bushnell and matured while at West Point. Fred’s family and friends were devastated to hear of his death in Viet Nam, just eleven days after getting his first promotion in the Army. Only two weeks earlier, Fred had written to his parents that he and classmate and Ranger buddy Chuck Harris were hoping to get R&R together in July. According to the 1989 best seller The Long Gray Line, 1LT Bertolino died a hero in the Mekong Delta. This first-hand account from George Crocker, who was flying overhead in a Huey helicopter while the battle waged, is consistent with what we would all expect from Fred. Although gravely wounded by enemy fire, Fred was most concerned about his men as he talked by radio to George. “Yeah, I’m okay, but I’ve got a lot of wounded. We need to get this thing stabilized so we can get some dustoffs.” But the intensity of enemy fire prevented the evacuation of the wounded. Medical help did not arrive until the next morning, too late to save Fred and many of his men. We all wonder, as George is quoted as asking, “Why did war seem to single out the best? Why couldn’t at least the very best of the best survive?” We miss Fred but have so many good memories. We were all touched and permanently changed by having known Fred. Brother Dave passed on a story of having run into former Illinois congressman Paul Findley while traveling in Europe in 1990. Dave went over to introduce himself. Before he could do more than give his name, Congressman Findley said, “My first West Point appointee was Fred Bertolino. Are you related?” At that time, it had been 28 years since Fred’s appointment, yet the congressman remembered vividly. We all do. •Wall Name:FRED G BERTOLINO •Date of Birth: 4/9/1944 •Date of Casualty: 6/19/1967 •Home of Record: BUSHNELL •County of Record:MCDONOUGH COUNTY •State:IL •Branch of Service:ARMY •Rank:1LT •Panel/Row:22E, 9 •Casualty Province: GIA DINH